Active Galactic Nucleus (AGN) The region in the galaxy where extraordinary brightness is visible. 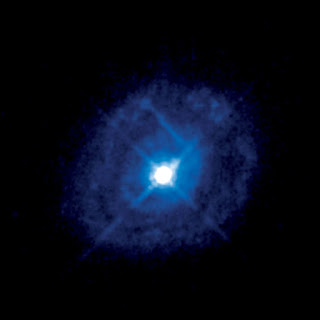 Extraordinary luminance is seen due to a single deposit of matter surrounding a supermassive black hole, a narrow region of the galaxy’s center, that does not originate in stars. The source of such brilliance has been found in the wavelengths of radiation radiomicrowave(microwave), infrared (infrared), direct (optical), ultraviolet (ultraviolet),X raysand gamma rays.

Giant astrophysical fountains of debris can be seen emanating from active galactic nuclei, such as those seen emanating from the nucleus of an active galaxy called M87, a 5000-light-year-long fountain.  Usually astrophysical fountains are formed when there is an astronomical phenomenon, in which ionized matter is thrown into the fountains in the upper and lower directions of the rotational axis of the rotating celestial object. then it becomes ‘relative jets’ (relativistic jets).

The NASA Hubble Telescope has observed various AGNs over the years, including quasars, located 9 billion light-years away from Earth, this is Hubble’s 100,000th exposure, and it was discovered by Hubble in 1996, the first time Hubble has observed in the early universe. the brightest quasar ever discovered.

Hubble’s image so far also includes those with luminous AGNs at their cores, such as ESO 021-G004 and IC 4870.