How dark matter affects the solar system, can it be measured? 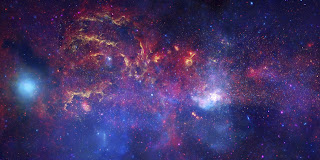 Dark matter is the most mysterious object in the Universe, and the strangest thing is that we cannot see it, because it does not interact with light.  No one has yet seen dark matter, but scientists believe that the Universe consists of 68% dark matter, 27% dark energy and 5% normal matter, and no one has directly tested dark matter, because it  Apart from gravity, there is hardly any interaction with normal baryonic matter and radiation, so dark matter is also considered non-baryonic.